I've been meaning to blog for a few days now...what else is new? Better late than never, right? I feel like I write those words a lot...oh well!

The May edition of Brunswick's Second Friday Art Walk is now officially in the books! This was the first art walk of the season, it was the first time in a new pop-up location (St. Paul's on Pleasant Street), and it was a rainy evening, but the turnout was quite good, and I had a lot of fun! I had some anxiety about setting up in a new location ("How much space will I have? How much work will I need?"), but things came together pretty smoothly. St. Paul's is a first-floor location with a parking lot, so that made lugging my work and my racks to and from my car a lot easier than in the past. St. Paul's also provides folding tables for participating artists, and that was a big help, too.

I really liked the spot I had for several reasons: one, I was close to the entrance; two, I was next to windows that overlook a garden; and three, I was right next to the musicians! We kicked off the Second Friday Art Walk season with a performance by Pretty Girls Sing Soprano, and they were fantastic! They had me dancing and smiling all night long, and I wasn't the only one. If you aren't familiar with Pretty Girls Sing Soprano, do yourself a favor and check them out...you'll be glad you did! 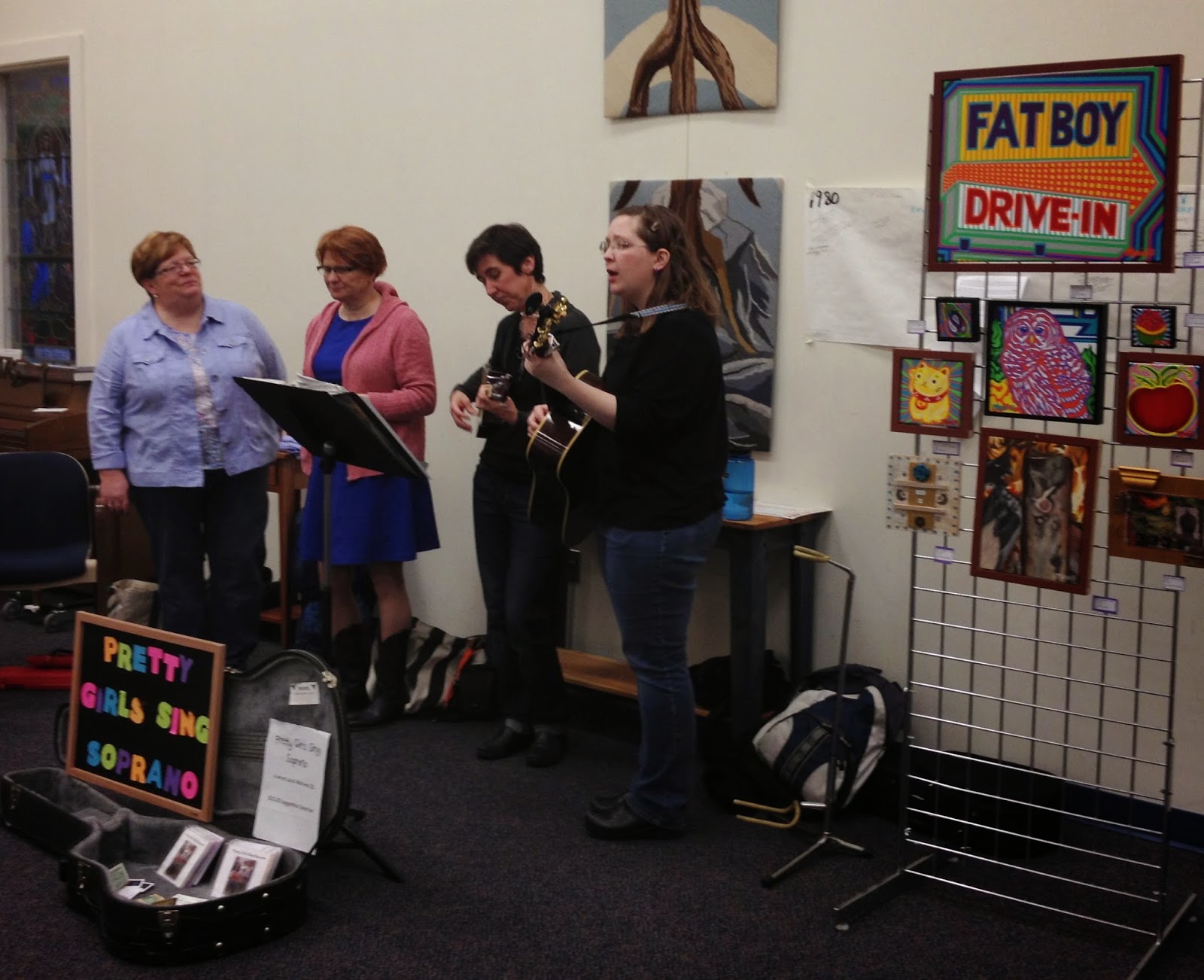 I'm happy to say that a lot of friendly faces stopped by my booth that night, including some of my very fabulous collectors: Keith Spiro and his lovely wife, Adrienne, hung out and chatted for a bit, as did Susan Mills and Rick Bonnett. It is always so nice to see them! I talked with a bunch of other people as well, and by the end of the night, I sold 11 magnets, one of which was to a woman who saw my "Old Fat Boy Sign" painting online and was specifically looking for that piece! Not a bad way to kick off the season... 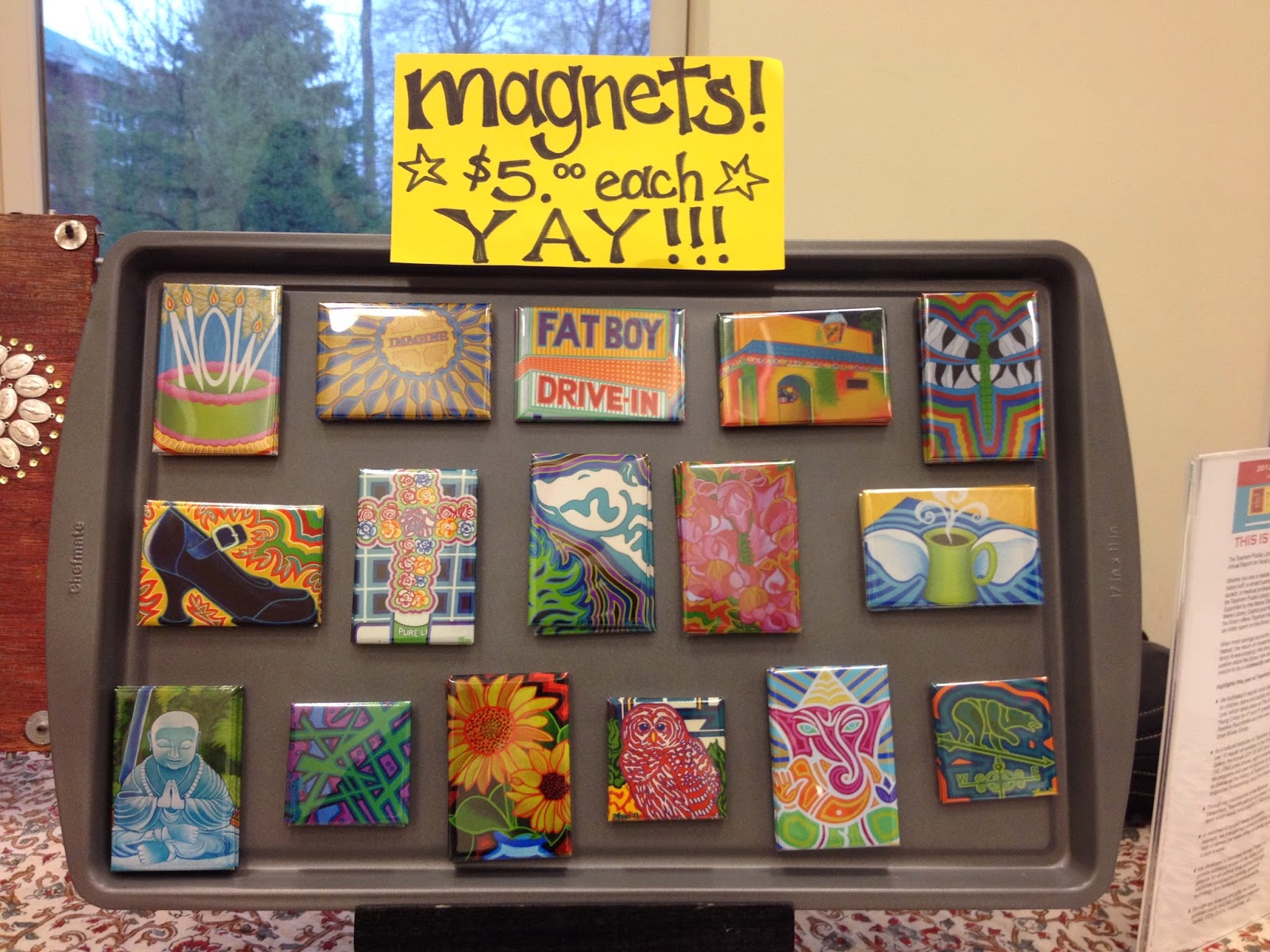 Since I can't be in two places at once, I wasn't able to attend the grand opening reception up the street at The Gallery At 11 Pleasant, but Terry was able to pop over for a bit and check things out for me. He said the space looked great and they had a nice turnout as well...plus, while he was there, he was able to treat himself to a yummy little chocolate confection!

By the end of the night, I was spent, and I didn't have much of a voice left: I'd battled a sore throat earlier in the week (which is very unusual for me), and three hours of nearly non-stop talking really took its toll. Curling up on the couch with take-out, my pjs, and Terry was the perfect end to a hectic (but fun) day. Would you like to attend an upcoming Second Friday Art Walk? Here's a link to the brochure! http://5raa.org/wp-content/uploads/2014/04/5RiversArtWalk-guide-2014-6-FINAL.pdf
Posted by maria at 11:45 PM