WOW. I am happy to report that Small Business Saturday turned out to be a VERY big deal! I had an absolute blast at the artisan pop-up shop at 90 Maine Street, Brunswick (the former Agren Appliance building). There were two rooms filled with artists and craftspeople of all kinds, including Beth Carr of Windewillow, Christine DeTroy, Heather Atwood of H. Monique Designs, Allison Price, Ken Wise, and many more...over twenty artists were on hand, offering their unique creations for your gift-giving pleasure! 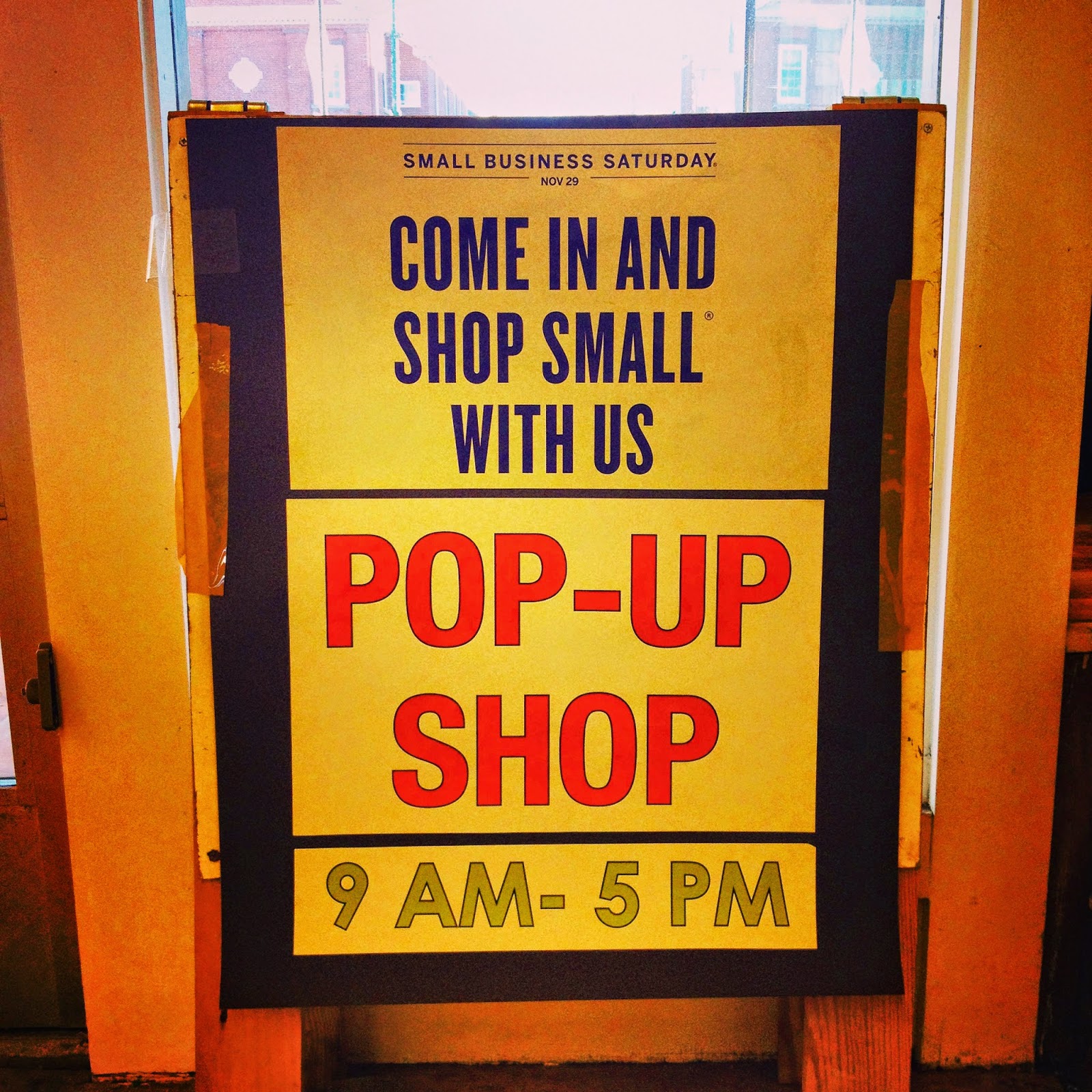 As you can see from the sign above, the show was from 9am to 5pm, which is a long day as far as art shows are concerned. Set up time began at 7am, which meant my alarm went off at 5am. YIKES! Did I mention we had been in New Hampshire for the Thanksgiving holiday from Wednesday through Friday? Anyone who knows me knows that I am not a morning person, so waking up at such an early hour after three days of travel and merriment was a bit of a challenge...but the effort was most certainly worth it, and I would do it again in a second.

Shoppers began arriving shortly after the doors opened, and the flow of traffic was steady and enthusiastic all day long! I sold a bunch of magnets and holiday note cards, and I was happy to see a bunch of friends and friendly faces throughout the course of the day. My most popular item was the "Old Fat Boy Sign" magnet, and I heard all kinds of interesting stories regarding where they were going: one was headed to Ohio, one was headed to Colorado, and one was headed to Panama! Also, one was being given to a couple of grandparents who first met at Fat Boy as students at rival local high schools!

Michael Gorzka stopped by to show his support, and he included my booth in a Curtis Memorial Library Facebook post all about Small Business Saturday...thank you, Mike! I saw a cameraman from Channel 8 news over by Christine DeTroy's booth, and a couple of people from the Portland Press Herald were walking around and chatting with artists. I spoke to a photographer named Whitney (she had snapped a photo of me while I wasn't looking!) who took my name and asked me a couple of questions; then I spoke to a reporter named Craig who also took my name and asked a couple of questions. I thought, "Wow, that's cool," and then went on with my day. It wasn't until late Sunday afternoon while I was at home doing yoga when I thought, "Hey, I wonder if I ended up in the paper?" I looked up the Portland Press Herald/Maine Sunday Telegram website and saw THIS! I quickly ran around the corner to pick up an actual copy of the paper, and when I saw the size and placement of the photo/article, I bought two copies! 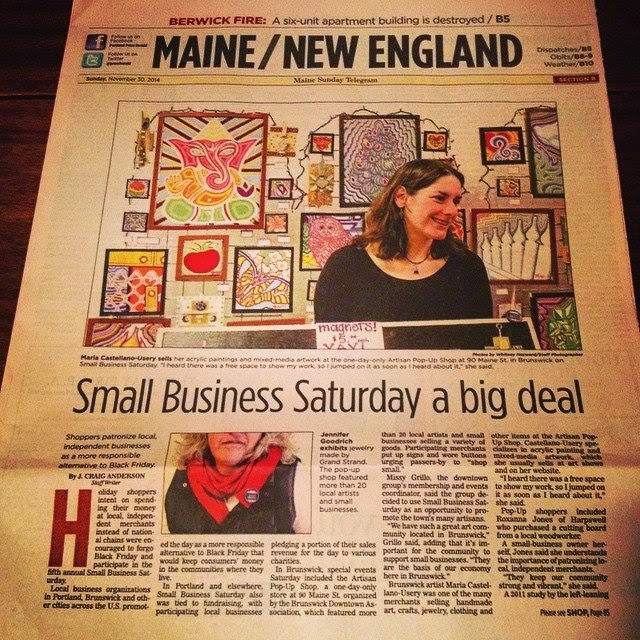 Holy cow! That's me!
What a wonderful experience! I am grateful to the Brunswick Downtown Association for putting this free and very fun event together in such a fantastic way. Missy and Patti were great to work with, and their efforts (and the efforts of the entire BDA) are very much appreciated. Now, it's on to the next show: the UUCB Holiday Arts Fair is Saturday, December 6th, 9am-2pm! Stay tuned!
Posted by maria at 10:26 AM